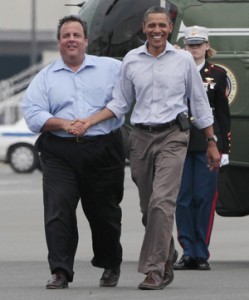 Sometimes language lets us down. Never more than when we reach to capture the most evocative moments.

Anyone who had followed along these past weeks knows that I am, at once, humbled and honored by the people I have met. Reassuring, heart-warming, surprising and funny, I cannot read through my notebook or listen to the audio without smiling. I have returned home more hopeful and confident in the strength and goodness of our country.

So many people have commented on the insights and engagement of the people interviewed. It was a joy. It was also clear that the opportunity to talk was as welcomed as it was unique. Universally, people confided that they had ceased to discuss politics in their every day life. That the kitchen table and water coolers were not safe venues for the exchange of ideals.

Which leads me to the final, unreported aspect of my travels. Over four years ago, I shared the story that started my 2008 journey. It happened at one of those kitchen tables. The subject was marriage equality and the impact on the family and the country. Homosexuality as choice and biblical references ensued. But the defining moment was when a well educated family member posited, ‘Where does it stop? If men can marry men, then what keeps us from allowing men to marry dogs?’ And there it was. An audible clicking noise in my head. The noise that I would come to recognize meant I was done. Disengaged.

It happened on this trip as well. It was among good people that I knew did not share my views. When asked about my motivation, I was determined to keep it safe and simple. My belief that discourse is good for civil society and essential to democracy. That the act of open discussion encourages a better informed electorate. When challenged, I offered what I thought was a safe explanation. I stated that, many years ago, the belief that our president was a Muslim would only have been held by a fraction on our citizens. I wondered if reluctance to engage in discourse may be at the root of the now 34% of Republicans that believe this to be true. Their response? ‘Obama IS a Muslim’

I should be clear. It was not only the statement, but it was the way in which the statement was made. It was a declaration. It was absolute. Mention of a lifetime of photographic history of Obama sitting in churches, dismissed. But most importantly, what was clear was that no discussion was invited or necessary. That the only allowable outcome was my validation.

We have all had these moments. Holidays with the family, outings with friends. The either stunned silence or rapid escalation that follows an incendiary comment designed to stop discourse in its tracks. We are held hostage to appeasement or withdrawal. And worse, it has led us to stop trying. To ensure that we only seek out the like-minded in our relationships and our media.

And so it went. I found a total of eight people who wholehearted believe that our president is a Muslim (or its close cousin, not American). A total of six women who, in rapid succession, volunteered a list of the people (family, friends, and in one case, a hairdresser) who have been excommunicated from their lives for the sins of non-compliance.

We cannot alter behavior that we cannot identify. We need new language. We need a word for a person determined to hold a position in spite of facts to the contrary. A term that defines the ‘no discussion will be permitted’ stance that follows. Since I believe that most people who engage in this behavior are usually suffering from a combination of trauma and being ‘stuck’ in a position, I submit the term ‘trucked’.

We need to teach our children to discuss and debate complex ideas. We need to give them the tools to respectfully present and defend those ideas. To listen and to honor critical thinking in themselves and others. And when confronted with intractable, indefensible positions, to stay engaged and to stand up and call it for what it is. Trucked.

All of us want a government that can work together. Almost everyone that I talked to wanted our leaders to do what we are not doing in our own homes. To listen to each other and find our common good.

Two weeks ago, in Boston with my nephew Bryan and his wife Rana, I enjoyed everything that should be possible in political discourse. Â Although we have opposing views, we sat for close to three hours, discussing the most difficult social and polarizing financial issues. Â It was good, it was civil. Â And, I’d like to think, we all learned a little.

So in the end, what this photo and my travels confirmed for me is that we have a choice. Â There is no red America, there is no blue America. We are our best when we come together as people and as statesmen.

We simply have allowed the bullies to take over the bus.

And that is fixable.